Using Journals in Your Faulkner Research 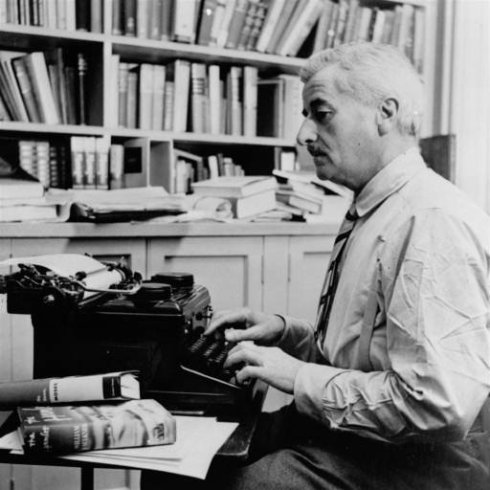 A lot recent research on William Faulkner will be found in critical journals. Search in databases like The MLA International Bibliography and JSTOR, and Project Muse. For a print source, the reference set Twentieth Century Literary Criticism is very helpful.

You will find as you explore Faulkner criticism that certain journals have a long history of including Faulknerian work, journals like The Mississippi Quarterly, The Virginia Quarterly Review, and The Southern Review.  These journals have a special affinity for Faulkner because of his relationship to the universities that host the journals.  As you know, Faulkner is closely associated with the University of Mississippi because he lived in Oxford, went to Ole Miss, and worked in the campus mail room.  He also spent a lot of time in Virginia, and was a frequent guest during his lifetime by the University of Virginia. Many of the editors of The Southern Review and faculty members at LSU were close friends and admirers.  Therefore, these schools in particular have on-line collections of Faulkner materials.

WARNING for Students:  Research can become addictive.  You will not have the years of research experiences as many of the authors you read and write about. So, budget your time wisely and always Ask A Librarian when you need help.

Faulkner on the Web

Faulkner in our Library

Below are some of the key dates, certainly not an extensive list, in the life of William Faulkner.  Only his most famous works are listed. Visit the full timeline at William Faulkner Chronology or a list of Faulkner's works from Wikipedia.

July 9, 1918.  Joins and reports to the Canadian Air Force in Toronto.

1925:  Contributes various New Orleans sketches to the New Orleans Times-Picayune. Meets Sherwood Anderson, who befriends him and helps him publish his first novel:  Soldier's Pay, which will come out the next year.

1929:  Sartoris is published and, later that same year, The Sound and the Fury is published.

1930:  Faulkner purchases the house he will name Rowan Oak.  As I Lay Dying is published.

1939:  Elected to National Institute of Arts and Letters.  The Wild Palms is published.

1950:  Collected Stories is published.  Faulkner is notified that he has won the Nobel Prize for Literature.

Varieties of Books About Faulkner

William Faulkner's works have elicited massive books of criticism.  Some would say criticism of Faulkner has become something of a cottage industry where critical approaches are varied to an extreme:

The J. D. Williams Library has print and electronic books that cover all of these (and more) approaches to William Faulkner.  Explore on your own through the Library Catalog or use Ask A Librarian if you need help narrowing down your topic or finding specific works.