Resources for the UM Cinema Minor, finding film reviews and criticism, and information about copyright and media 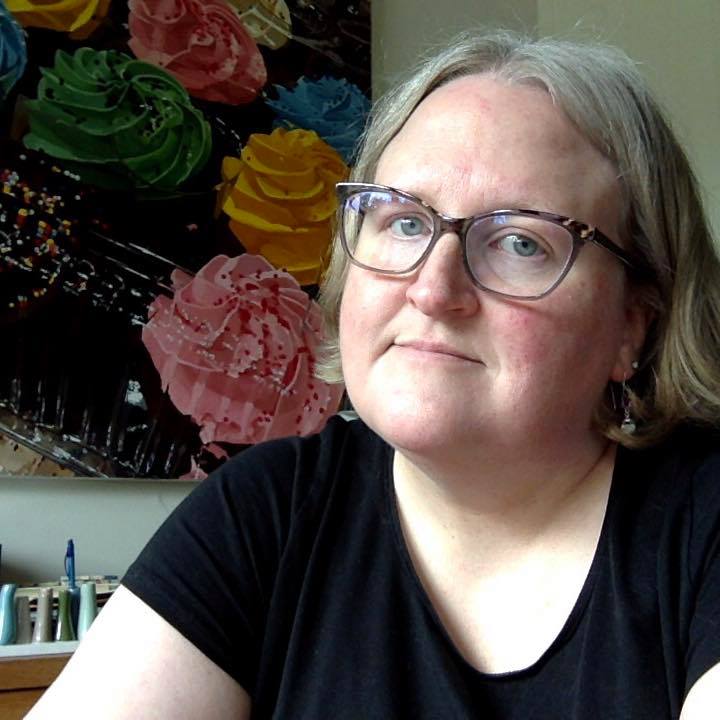 Most media -- including DVDs, VHS cassettes, CDs, CD-ROMs, and audio cassettes -- are located on the 1st floor of the J.D. Williams Library. (CLICK HERE FOR MAP)

Music LPs are stored offsite and must be requested using the form in the item's catalog record.

Microforms (both -fiche and -film) are also located on the 1st floor.

DVDs are organized by Library of Congress and are not filed alphabetically by title.

Documentary and educational/informational films are located in the SAME CALL NUMBER RANGES as books on the same topic.

Fictional films and television shows are usually found in the PNs:

NOTE: Foreign Films, regardless of production date, are grouped together BY COUNTRY within the PN1997 range.

Use the "Content Type" section in the left column to limit your results to "DVD," as seen in this screen capture. 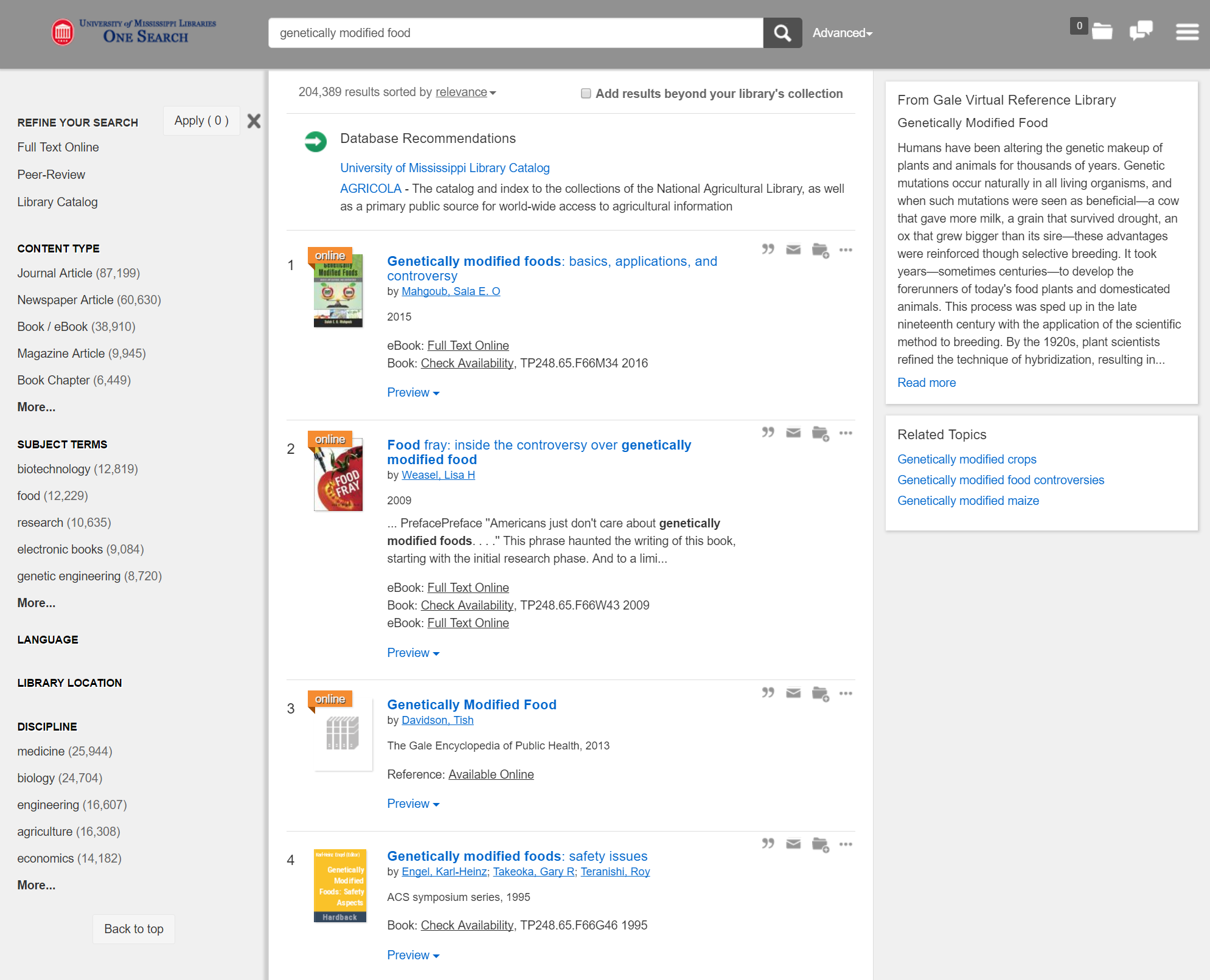 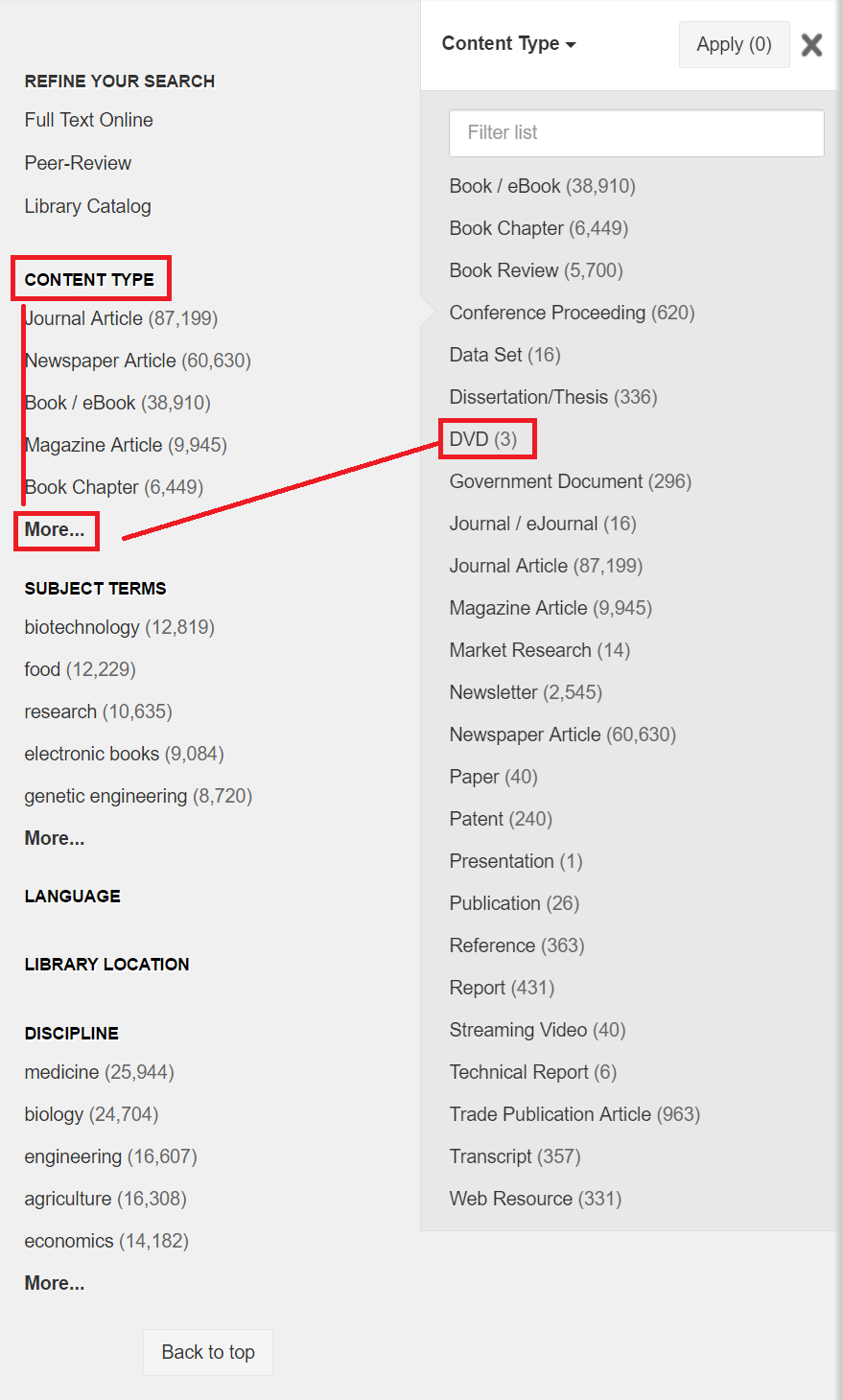 IF USING THE LIBRARY CATALOG

Don't know where to start?

Use a KEYWORD search to look for certain words in a catalog record. Search by: KEYWORD -- Limit by format (video/films)
NOTE: the word "movies" is rarely used in a library catalog. Search for "films" instead.

Looking for a specific film? Search by TITLE.

NOTE: a TITLE SEARCH can also bring up books or materials ABOUT a certain film, such as criticism or interpretation or, in some cases, an original screenplay.

Are you looking for a specific type or genre of film? Search by SUBJECT heading.

Are you looking for an adaptation of a particular book?